Nursing a Baby: A quandary

Ok, so this post will hopefully be cathartic for me, because I’m definitely still working through all this, so here goes.

Last Friday, I quit nursing my baby. A baby I fully intended to nurse til 12 months or longer. A baby that was exclusively breast fed until like 2 weeks ago, when he started food.

So, I don’t know why exactly, but me and my babies, do not agree when it comes to nursing. This beautiful thing that’s supposed to be natural and come easy, has been one of the hardest and most frustrating things I’ve ever done (2 x’s).

Everyone knows some of Keaton’s allergy struggles. I’ve blogged a little about them here and other times. I am happy to say that Keaton no longer struggles with like 90% of his allergies, and he does not have eczema anywhere on his body, except for the ankle crease on one of his feet (and it’s not even red or raised, just dry). We haven’t tried eggs in over a year (so we have no news for that), but as of last month we tried yogurt and he only got a few hives on his torso and I didn’t even use benadryl. We’ve worked hard to heal him from the inside out and it’s worked. So, I know there is hope and an end in site.

I almost don’t even know what to type concerning Beckham, but the kid has issues. He was born at home, he’s never had antibiotics, up to this point he’s never been vaccinated, I’ve done everything that alternative health would say you are supposed to do to keep your kid free of issues, and for me it doesn’t work.  I gave up all dairy within his first month. I gave up wheat and gluten by month 3. And at 6 months, I can’t tell you what I gave up, because it’s too long. Instead I can tell you I was literally eating about 15 different things total including salt, pepper and olive oil. Everyday I would seemingly take another thing or entire food group from my diet to see the breakthrough I was hoping for. We had started talking about just trying Baby’s Only Organic Formula, the only formula that doesn’t use corn syrup (or glucose, another name for the same thing) for the sweetener. I actually got a sample of their soy formula a few weeks back, but right after I read an article about how soy is SOO bad for boys, and one days formula has the same amount of soy as 5 times the amount of birth control pill. So, I decided not to use it.

After this was going on for week’s with my child itching, and miserable. The picture on the far left, this day, I couldn’t take it anymore because his poor little face was so open and raw. We decided we had to try something, so my husband went to the one health food store that carries Baby’s Only and all they had was Lactose Free Dairy and Soy. So, he took it as a sign that God was saying, trying lacto free.  So, we did 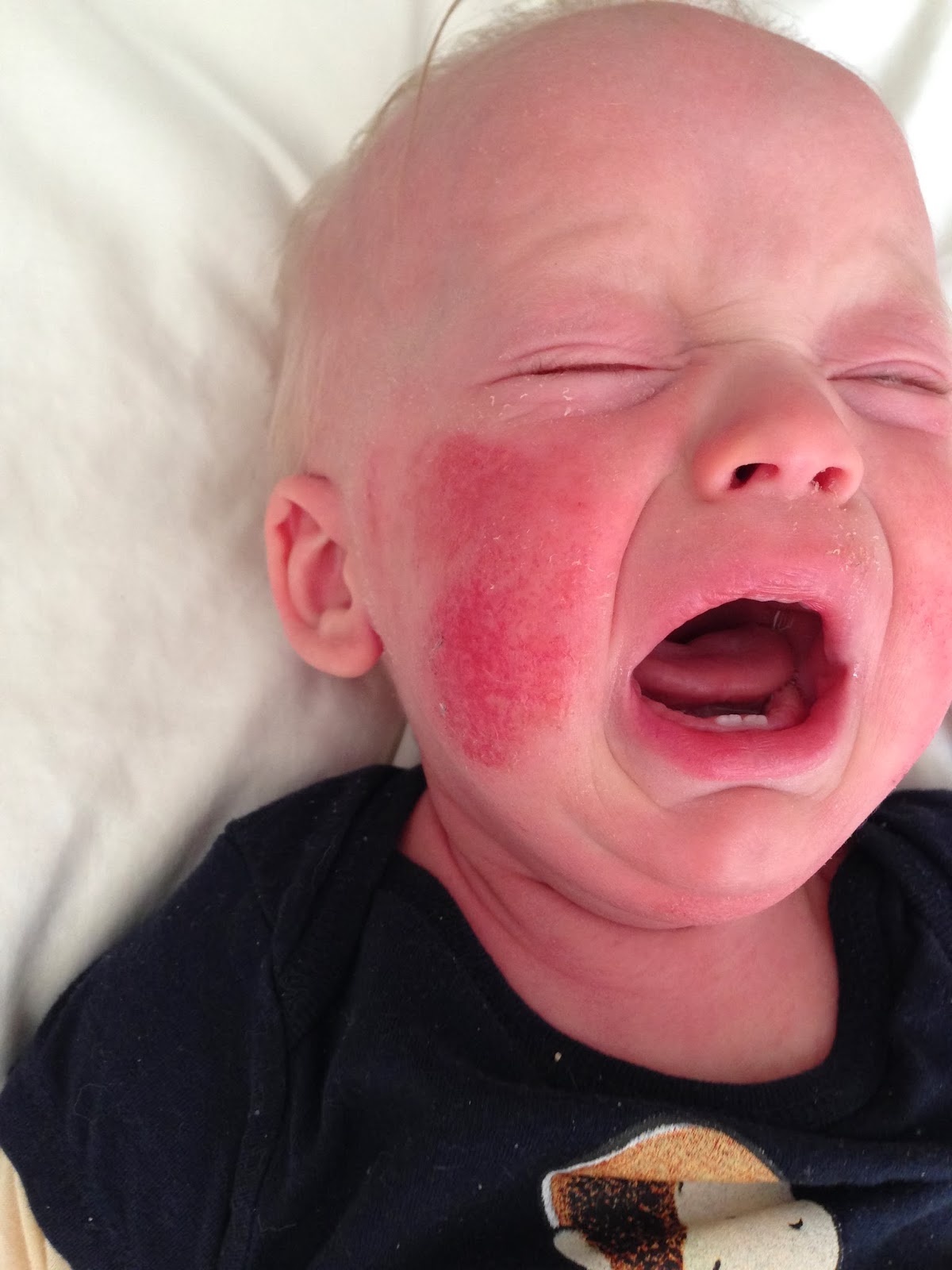 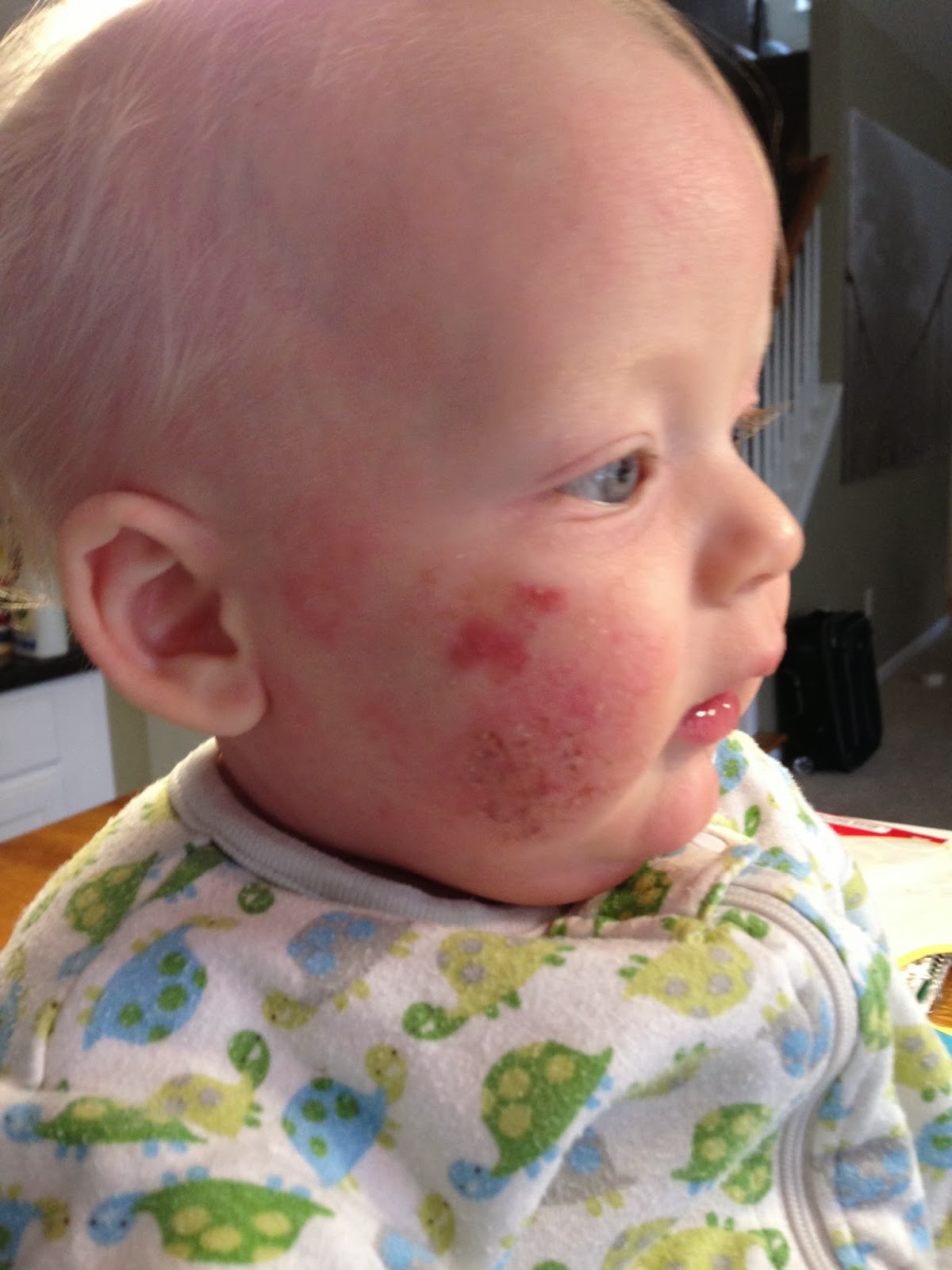 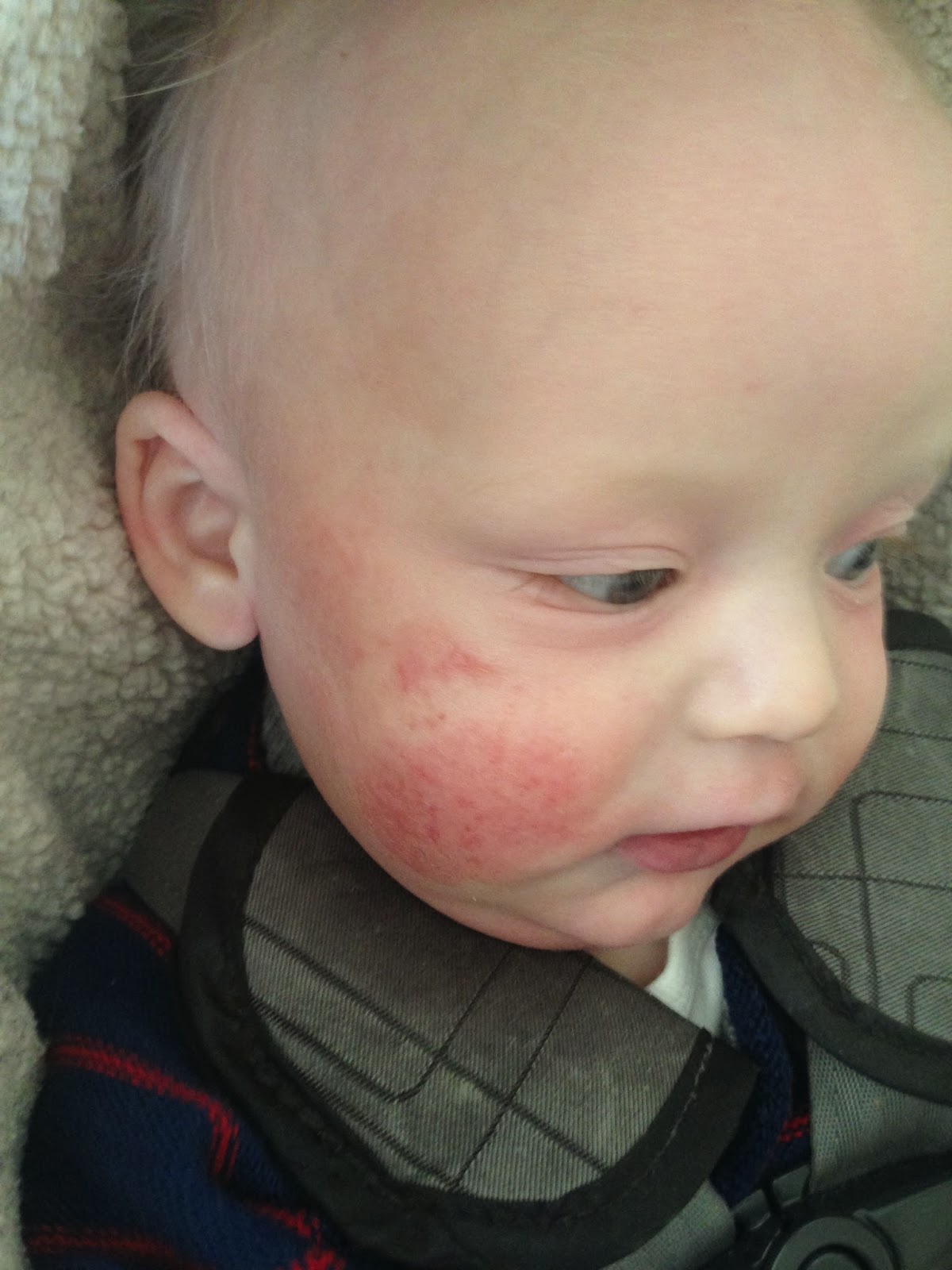 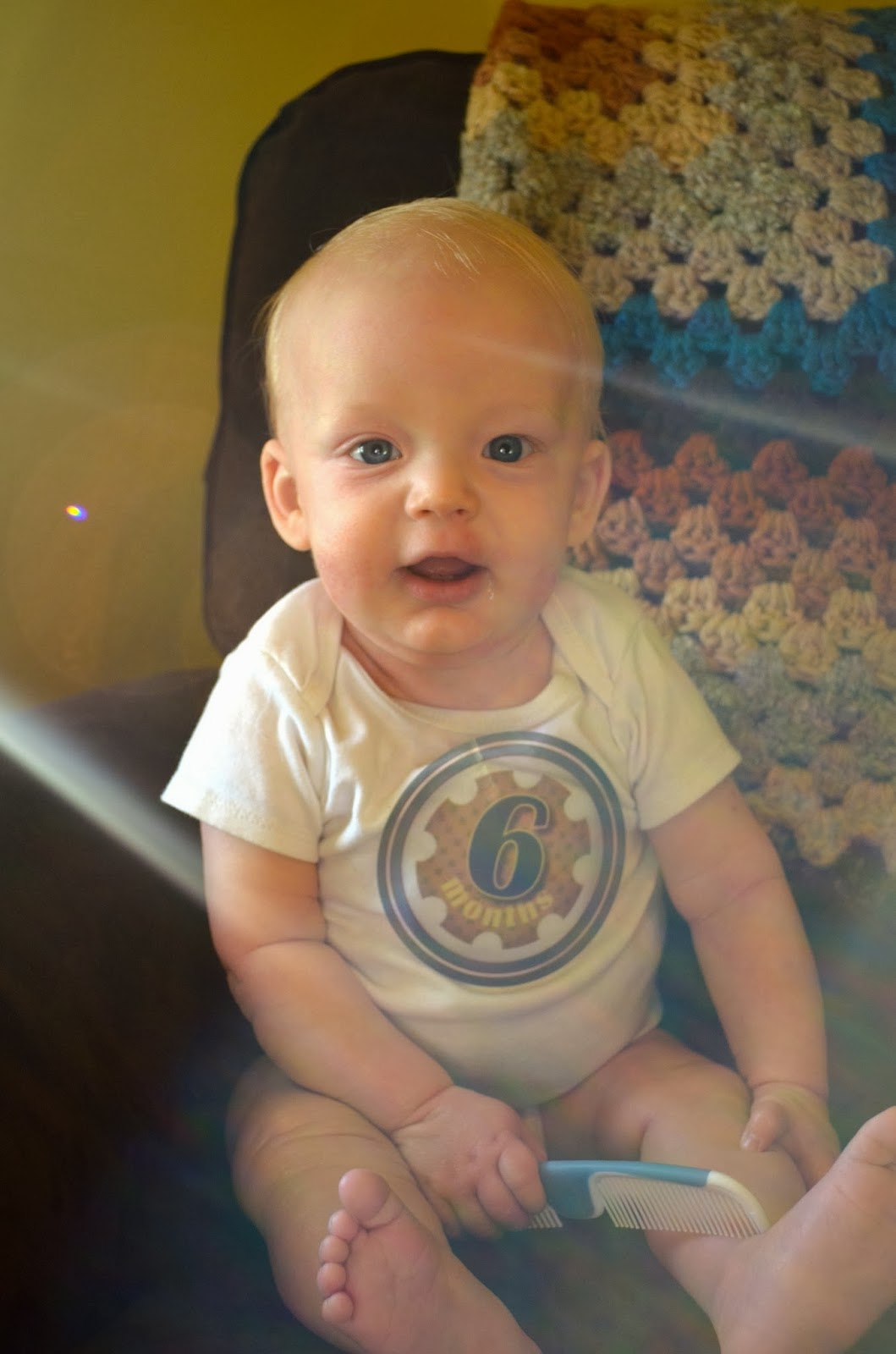 And within 4 days he looked like this. His face that was constantly opening up had closed over and healed, it’s barely even pink. The little boy that had to wear gloves 22-23 hours a day, except when we completely oversaw him to play, is now wearing them when he sleeps and a few other times in a day. He is still itching some (eczema), but it’s not insane. He’s obviously happier and it breaks my heart.
Because, only the Lord knows why, but I was keeping him from this place….
So, I really don’t know what to say about Beckham. I have one theory… that he was possibly allergic to the lactose in my milk, which is the “sugar” in milk,  then it wouldn’t matter what I ate, because the body still converts things into lactose to make milk.  There’s not a lot of info about this idea. I read one good post, but I didn’t find alot more. This post recommends letting the gut heal for 4 weeks, and then trying to nurse again. Since, I am back to a regular diet pumping 5 times a day or so is nothing compared to all I was having to sacrifice before,  so I will continue to do that, and in a month, we might see what happens. Maybe I will be able to nurse a little longer, but maybe not.
Right now I have a happy baby, who literally in less than a week is thriving on formula (his cradle cap cleared up, his dry skin on his face is gone).  I don’t know what to say, but I’m happy…. for him.